LAS VEGAS – Local home prices continued to rise as the year came to an end, though fewer existing homes were sold in Southern Nevada during 2019 compared to the previous year. So says a report released by the Greater Las Vegas Association of REALTORS® (GLVAR). 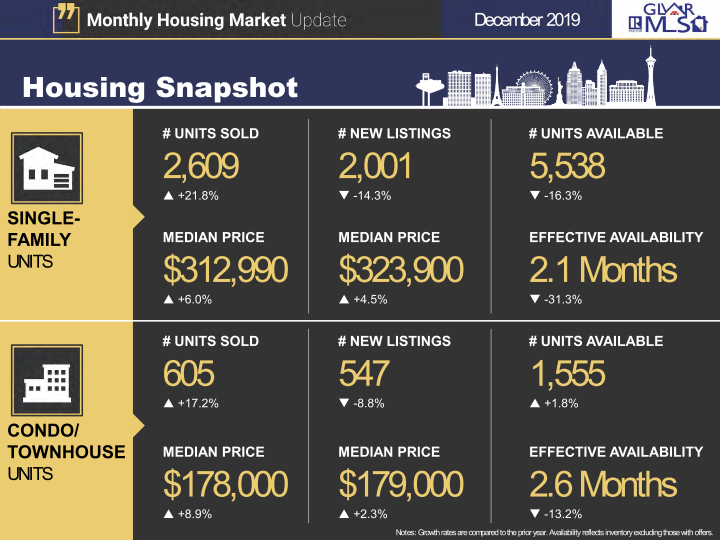 “As we begin a new year and new decade, I think you can sum up the state of the local housing market with two words: stable and sustainable,” said 2020 GLVAR President Tom Blanchard. “We ended the year with a fairly strong month of December, which is usually one of our slowest months. Although sales and prices both increased last month, we still sold fewer homes in 2019 than we did in past years. I think the tight local housing supply we’ve been dealing with had something to do with that.” 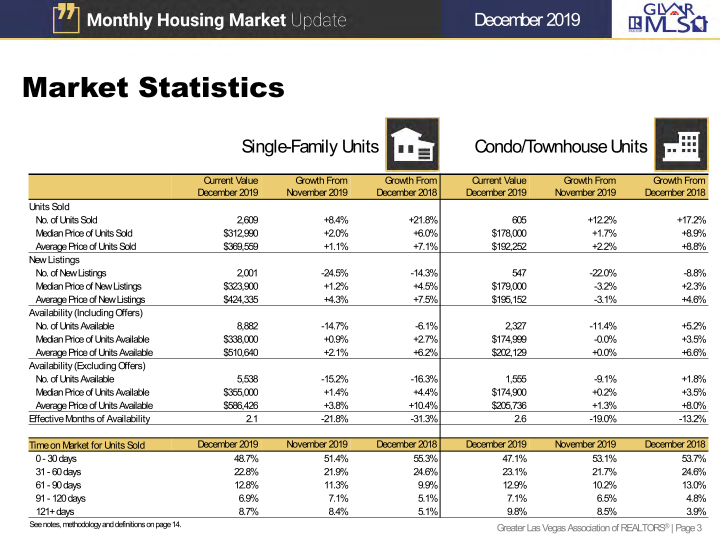 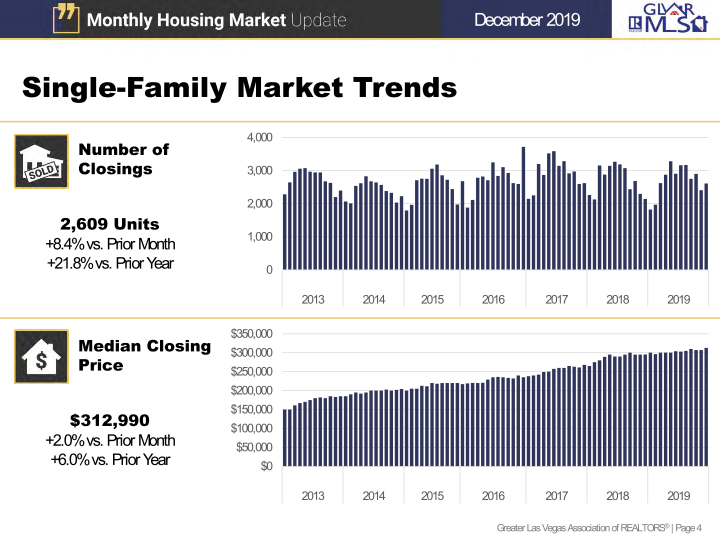 By all indications, Blanchard said “the local housing market in 2020 figures to look a lot like it did last year,” with gradually increasing or stable home prices, strong demand for housing and a persistently tight supply. As long as Southern Nevada continues to enjoy economic, job and population growth, he expects the housing market to continue on its current course. 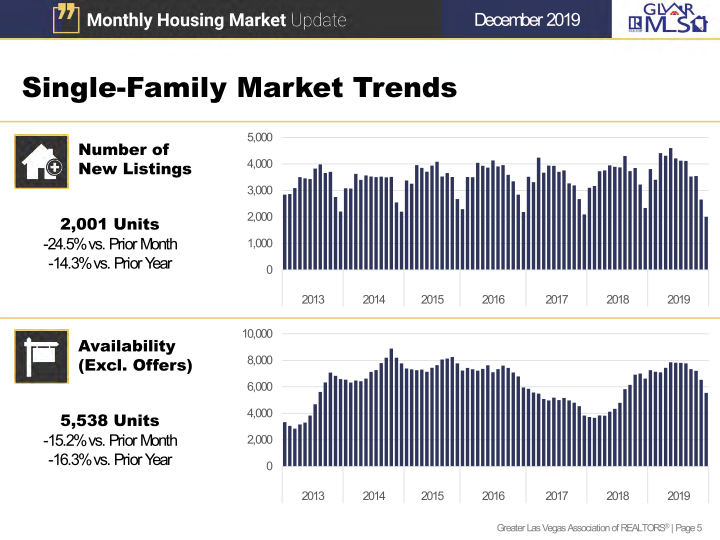 The local housing inventory ended the year well below the six-month supply that is considered to be a more balanced market. At the current sales pace, Blanchard said Southern Nevada has just over a two-month supply of homes available for sale, with the supply shrinking from past months. By the end of December, GLVAR reported 5,538 single-family homes listed for sale without any sort of offer. That’s down 16.3% from one year ago. For condos and townhomes, the 1,555 properties listed without offers in December represented a 1.8% increase from one year ago.

About the GLVAR: GLVAR was founded in 1947 and provides its more than 14,000 local members with education, training and political representation. The local representative of the National Association of REALTORS®, GLVAR is the largest professional organization in Southern Nevada.

Thank you for your inquiry.