Las Vegas Housing Market Starts 2020 With Home Prices, Sales up From One Year Ago

LAS VEGAS – The local housing market kicked off the new decade with home prices and sales increasing from the same time last year, but giving back gains made in December. So says a report released by the Greater Las Vegas Association of REALTORS® (GLVAR). 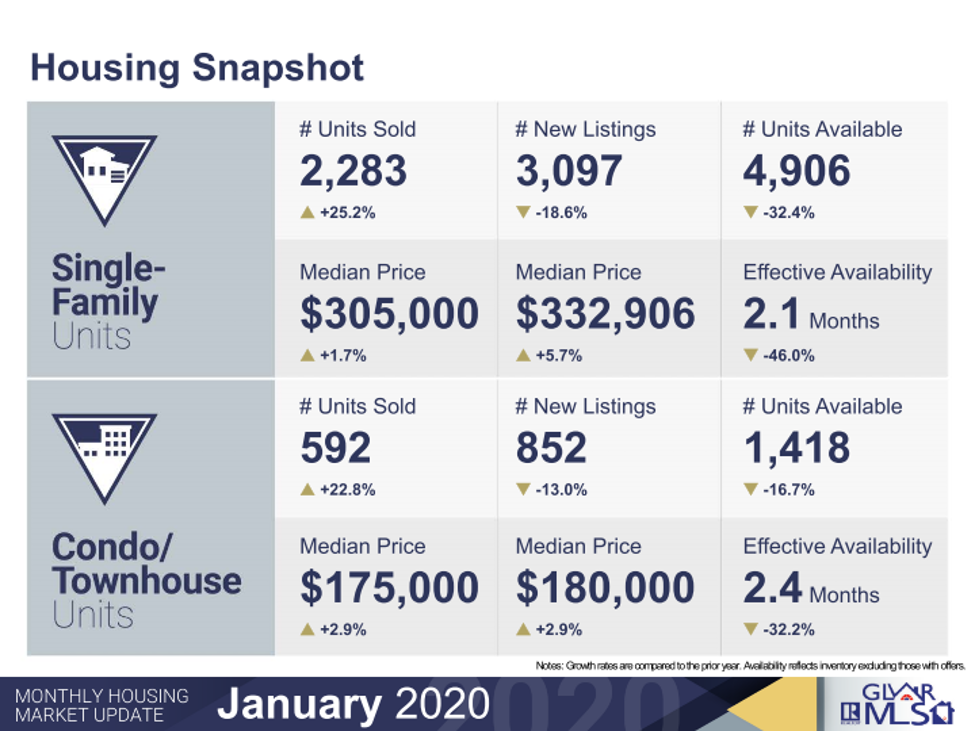 “January is usually one of our slowest months for home sales and prices, and this month was a good example of that seasonal trend,” said 2020 GLVAR President Tom Blanchard.

After seeing the median local home price in December come within a few thousand dollars of its all-time peak($315,000), Blanchard said he still expects that price record to fall sometime this year.

“I think it’s a good bet that this will be the year we finally break the record for our median home price,” he said. “At the same time, it’s important to keep in mind that we’re still not back to our all-time high set way back in 2006. Most markets around the country have already surpassed their pre-recession record for home prices. When you factor in the rate of inflation over that time, you could argue that local home prices should be much higher than they are.” 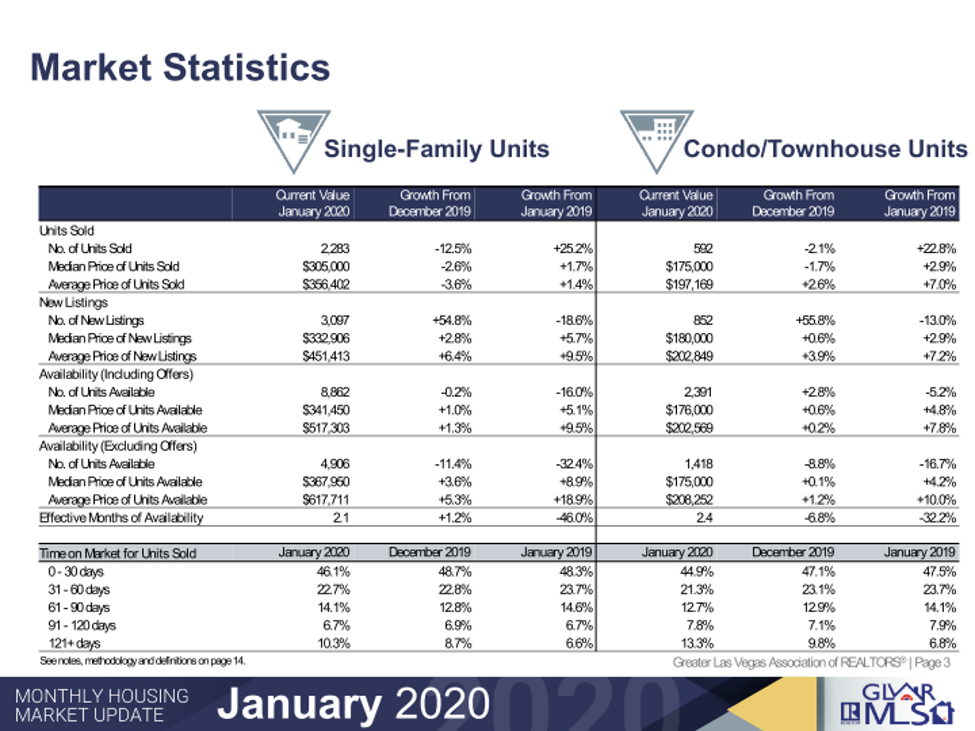 By all indications, Blanchard expects the local housing market in 2020 “will look a lot like it did last year,” with gradually increasing or stable home prices, strong demand for housing and a persistently tight supply. As long as Southern Nevada continues to enjoy economic, job and population growth, he expects the housing market to continue on its current course.

The local housing inventory started 2020 the way it ended in 2019, with just over a two-month supply of homes available for sale, with the supply shrinking from the previous month and year.

By the end of January, GLVAR reported 4,906 single-family homes listed for sale without any sort of offer. That’s down 32.4% from one year ago. For condos and townhomes, the 1,418 properties listed without offers in January represented a 16.7% drop from one year ago.

About the GLVAR: GLVAR was founded in 1947 and provides its more than 14,000 local members with education, training and political representation. The local representative of the National Association of REALTORS®, GLVAR is the largest professional organization in Southern Nevada.

Thank you for your inquiry.